Breaking the Mold: Paragraphing for Beginners

As instructors, we’ve been told that beginning students cannot handle multiple paragraphs and more advanced grammatical concepts, such as infinitives or subordinating conjunctions. The aim of this post is to challenge that belief.

We are Colin Ward and Alice Savage, a couple of English language teachers who met at Lone Star College in Houston, Texas and discovered a common passion for testing theory in the classroom. This hunger to help our students learn better and faster led to a collaboration on the […] 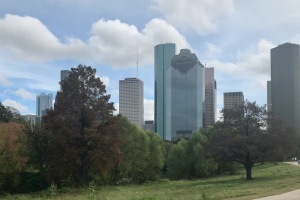 Houston in Slow English: A Podcast for English learners

I recently started using an app to learn German. I liked it more than I wanted to. As a language teacher, I would like to side with my colleague who says, “There’s no substitute for a teacher in the classroom.” But I don’t feel like taking on […]

Breaking Free from the Five Paragraph Essay: Whys and Hows

There’s a saying in English, “Don’t throw out the baby with the bathwater.” We mean that in discarding one thing we risk losing something valuable. The five-paragraph essay is one of these things. It has been with us for a while now, and it persists, but under fire. […]

How do we move grammar into meaning?

Cambridge University Press is hosting a panel for grammar week in March 2021, and we’ve been asked to come up with questions to explore with colleagues. I know exactly which question I want to ask. How do I move grammar practice into students’ meaningful use? After decades of […]

Here is a drawing-and-guessing activity from our new book, 60 Kinesthetic Grammar Activities (Alphabet Publishing) that gives students an opportunity to practice the imperative in a fun and meaningful way. The activity can easily be adapted to a socially-distanced classroom with partners sitting face-to-face and six-feet apart.

For the first post of the year, let’s talk about pragmatics, prosody and pronunciation. Our voice tells the other person whether we are serious, joking, offended or something else. Stress emphasis communicates what information is new or important. And our way of expressing thought groups enhances comprehensibility. When […] 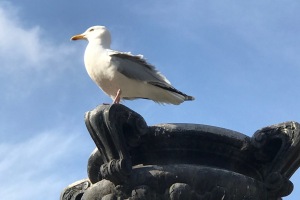 Textbook optional: What happens when you write your own material?

This morning I learned that Japanese parents invoke a demon named Oni to scare their children into eating their vegetables. I also heard about coconut man who became the husband of the most beautiful girl in the village. My students also talked about the role of angels in […] 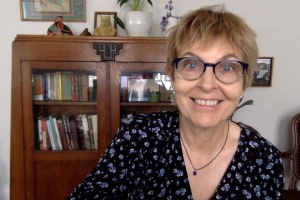 Video on using theater to teach pragmatics: focus on apologizing

Getting ready for CaTESOL on Friday where I’ll be talking about pronunciation through theater.  I believe drama still supports communication skills, even on zoom!

Many students have photos like this one on their phones, and they provide an example of the material we can draw on to create community in an online classroom. The following five icebreakers are fairly simple and do not require specialized technology or skills. They work best when […]

Five things I’ve learned about organizing an online lesson   My first priority in transitioning my four community college ESOL courses to online was not to go crazy! The second was to create community. Without personal human connection, I felt I would lose learners who are isolated at […]