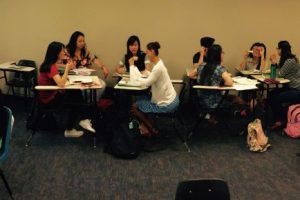 “Think in English,” we say to our lower level multi-lingual writers. However, to really support them in avoiding translation errors, we need to give them lots of practice. The following prewriting refresher is structured as a game in which teams compete to create target sentence types. The first team to […] 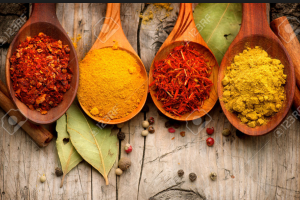 4 Ways to Spice Up Word Lists

After students have studied a set of vocabulary, they are often left with a long list of words which can appear quite lonely.  Many textbooks include these lists as a reference for students at the end of unit, but what if they could be used more actively in […]

Save the grammar, swap the vocabulary

Students rely on models to help them communicate accurately and effectively.   How often do you see a student’s thesis statement modeled after one in the textbook?   Words are swapped out, but the pattern of the sentence essentially remains the same. Swapping is a useful learning strategy, and one […]

All good writers—no matter what they are writing about—share a secret, and that is the power of being specific. Anyone can circle around a topic with vague statements and abstract commentary, but where writing really gets interesting is when it tells the reader something she doesn’t already know. […]

Thinking outside the paragraph

One, two or three paragraphs? Colin and I were working on a low level writing series when we came up against this question: What do beginning second language writers do after they have mastered the basic paragraph? We took a look at our choices. We could teach one […]