4 Ways to Spice Up Word Lists

After students have studied a set of vocabulary, they are often left with a long list of words which can appear quite lonely.  Many textbooks include these lists as a reference for students at the end of unit, but what if they could be used more actively in the classroom?

Below are a few interactive activities teachers can use to spice up a word list using phrases, which can help students see how words fit together to produce meaningful collocations and lexical chunks. 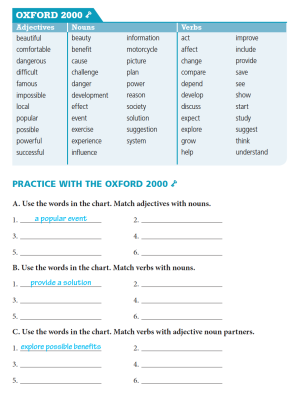 1) From Word to Phrase (from Trio Writing)

2) From Phrase to Example

3) Race to the Example