Assessment and Feedback for Conversation Classes 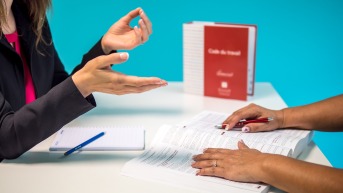 In both theatre and English language classrooms, participants investigate language, work to achieve interpersonal goals and improve through rehearsal or practice. Consequently, it may be helpful for teachers to take a page from the director’s playbook when it comes to supporting students’ efforts to ‘perform’ successfully.

One way to do this is to incorporate the concept of notes, which is a common practice in staging a play. Here’s an example. Two actors are rehearsing a scene. The director observes as a couple argue about the young man’s computer game habit. At the end of the rehearsal, the director does not assign a grade. Instead, she gives notes based on her observations. She might tell one actor to gesture more or suggest the other work on finding the feeling behind the words. Her notes might also include other observations about intonation or strategic pauses.

This model of giving notes on an iteration of a performance can be especially helpful in an oral communication setting where curricular goals involve helping students “become better speakers.” This rather abstract objective gets at the core of why people want to learn language, but it is very hard to quantify into a grading scheme. In fact, it can be inappropriate when students are struggling to apply disparate skills and knowledge in a conversational interaction, whether it is trying to change someone’s mind, apologize for a mistake, or roleplay ordering food in a restaurant.

The beauty of notes is that they hep students improve through multiple iterations, and this is supported by research. At the 2016 TESOL conference in Portland, Oregon, Diane Larsen-Freeman spoke of the need for students to iterate and reiterate language patterns. For example, when guys talk sports, they use certain phrases repeatedly but in new ways, e.g., “That was the worst/best game ever!” She pointed out that every time someone makes a comment in the real world, it is a unique situation in a unique place in time, even if that language is a ritualistic utterance, such as. “It’s been so hot lately. I hope it rains soon.” This conversation opener may feel formulaic, but it frequently occurs because people need to make a connection on familiar ground before they can move on to a more novel level of engagement.

Larsen-Freeman suggested an activity where students tell a story to a partner, then switch partners and tell the same story again, but faster. Then they switch again and tell it again, but faster still. This reiteration gives them practice with the same story, but the new partner makes the context original and meaningful. By the end of the activity, students have gained fluency with that particular story. With notes, the teacher can also play a role by addressing elements the students may not notice.

If students can look forward to notes at the end of a roleplay or script reading, they may relax and even look forward to the attention that is being paid to their delivery. The opportunity to give notes also puts the teacher in the role of supporter and coach rather than judge, which can open a different kind of conversation. Here are some examples of notes that a teacher might give after students do a roleplay:

The circumstances in which notes occur is also important. A teacher might arrange individual conferences with students about their performance, but often a whole group stage in which all students hear notes is not only more efficient but also quite productive. The whole group participation provides opportunities for classmates to test their own hypotheses about random elements. They may have noticed that impossible was not stressed correctly, but they would not have their assumption confirmed without hearing the note. This sharing of details related to a work-in-progress can then inform the next iteration well before the summative assessment at the end of the grading cycle.

From Notes to Rubrics

Ultimately, however, most teachers are expected to provide a grade, and in oral communication classes, rubrics can be very helpful in supporting performance based curricular objectives. Here, notes can inform descriptors for specific assignment criteria. Creating a rubric in this way can take a lot investment, but once established, it can save time in actual grading.

One way to create an assignment rubric is to start with the notes. The notes are indicators of work that needs to be done. These notes can inform descriptions for a beyond expectations performance, a meets standard and a below standard performance. I also like the categories, a pleasure, fairly comfortable, and difficult to describe how hard I have to work to understand.

After using the rubric with the first assessment cycle, you can adapt it for subsequent assignments. When the process goes well, students feel that their strengths and weaknesses have been fairly accounted for, and learners have information that will help them improve.

A challenge with rubrics, however, is a lack of models. For example, pragmatics or the skill of achieving conversational goals through effective use of language, voice and other non-verbal communication has also recently become a hot topic in the field. Pragmatics is clearly valuable, yet it calls for new language.

The following is an example of a teacher designed rubric for a specific performance assessment of a roleplay between people meeting in the semi-formal atmosphere of a wedding reception[1]. It illustrates an attempt to value elements of the lesson plan, while the use of a broad point scale provides flexibility in the determination of a final grade.

A rubric such as this can be shared with students at the outset. They can see what is valued and get the most out of practice opportunities and notes. At the end of the cycle, there may be fewer unpleasant surprises and a grade can be given that feels supportive even when students only partially achieve the target outcomes.

In the English language classroom, theatre techniques are a natural fit because the performance of a play is similar to preparing for a performance in a conversation. We can adapt the feedback model of directors and allow students to explore identities and language choices fearlessly.

[1] The wedding reception activity can be found on the Speaking and Listening tab .